105.002-62. Note the silver rehaut, DO90 bezel and alpha hands. These hands are actually Omega Service replacements – correct, but new. You can tell by the square ended lume strips. This watch has had a full service, and sympathetic hand restoration and aging.

A very rare reference, produced for about six months. Initially it is actually an unchanged 2998-62, but with a new Omega reference number in line with the new number system. Then, part way through the production run, the hand specifications changed from alpha to baton. I am unclear when this happened or if there is a pattern to which hands were fitted when. I also do not think the serial can dictate which hand set is/was/should be fitted. I now believe that either handset on any serial is possible. While intuitively, we might think that the alpha’s are on early watches and batons on later, there is so far not enough evidence based on known one owner watches.

When a privately owned 105.002 appears on the open market, it is fiercely contested. These are very rare watches and the right one can go well into 2998 price range. They are very hard to find in an untouched or attractive condition.

These are so hard to find that you can search on the internet, through major auction house results, and still find only mediocre or unattractive results. An attractive 105.002 is extremely rare.

All this reference I have seen have SWISS MADE dials, with no T’s. In my experience, most dials are very attractive. This is now a very old watch, and many have had their hands changed.  This is the last reference to carry the silver rehaut. (The metal ring under the edge of the crystal). Things to note are the transverse curve on the alpha hands, and the triangle lume.

While this watch is better than most, it still has some issues that a buyer would do well to understand. They are the case polish, case back engraving, slightly algae lume. 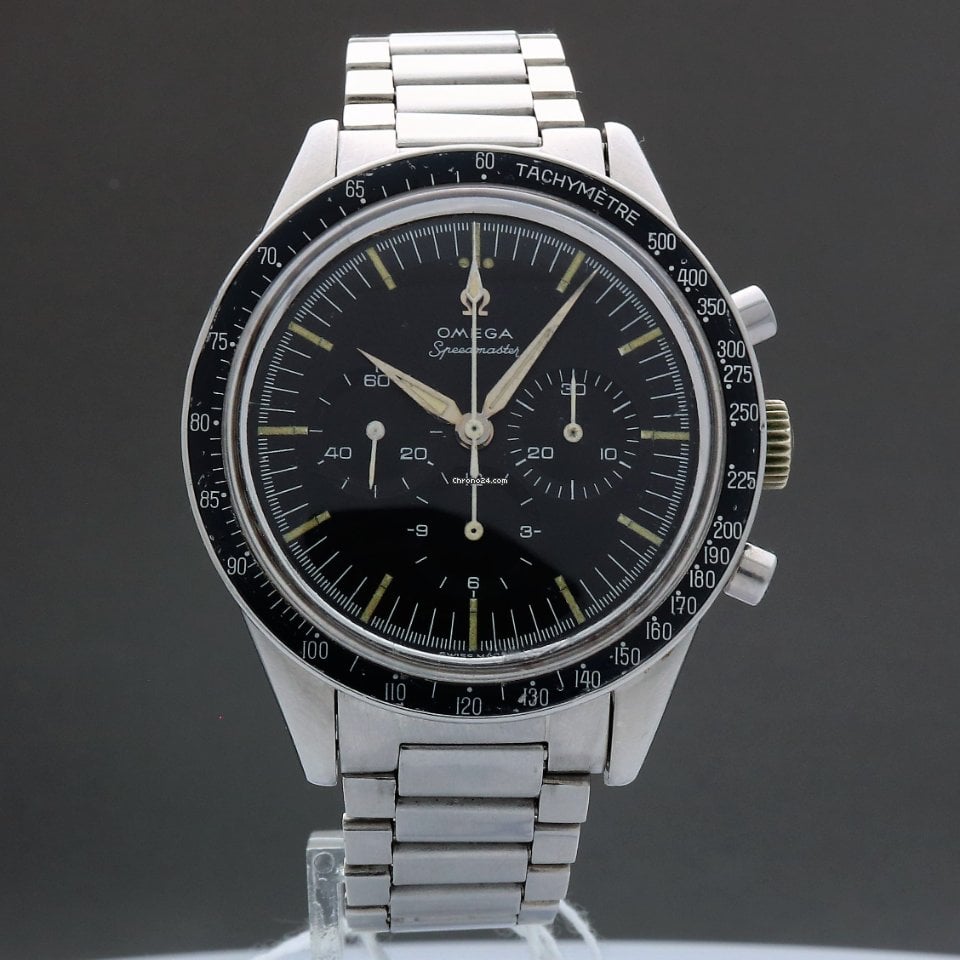